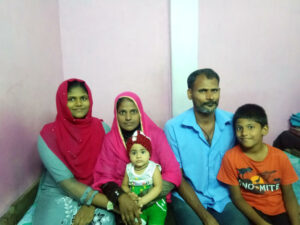 Port Blair, Jan 25: PMSVANidhi scheme has proved to be a saviour for the street vendors in their most distressed times. One such beneficiary is Shri. P.Ashraf, who has been selling ladies bags and slippers at Aberdeen Bazaar for the past 20 years.

Ashraf supports a family of 5 members which includes his mother, wife and two small kids. He was hit hard by the pandemic, as his only source of income had come to a standstill. His family was affected badly and his family survived on the mercy of his neighbours for getting bare minimum meals.

It was during these tough times that he heard about the collateral free loan of Rs 10,000 from his fellow vendors and applied for the same at PBMC office. Upon receipt of the loan, he bought stocks for his shops to restart his business, then bought ration for home and paid back the borrowed amount from neighbours and friends.

He is now in financially better shape financially and expresses his heartfelt thanks to the administration and PBMC for timely help and support.