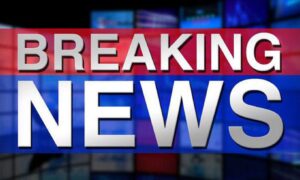 Port Blair, Apr 09: Central Crime Station in its continuous crackdown against illegal Narcotics trade in A&N Islands once again proved its mettle by arresting four drug peddlers and recovered 31 KGs of Meth Amphetamine contraband.
Acting on a specific intelligence regarding possession of Meth Amphetamine with S. Ablu, DRM at Van Sadan, R/o Nayabasti, Bambooflat, a trap was laid. Sustained interrogation of S. Ablu revealed involvement of 03 more persons having possession of 31 KGs of Meth Amphetamine.
According to investigation so far, Forest Guard JagdeepLal had detected 30 packets of Meth Amphetamine on Cinque Island beach, where he was performing Guard duty. He hide most of the Meth Amphetamine on the Island and gave 01 KGs Meth Amphetamine to another forest guard Sujit who has a history of consuming drugs.
Similarly, a businessman Jai Kumar had discovered 01 packet of Meth Amphetamine at KodiaGhat beach, Port Blair and had given it to Forest Guard Sujit who paid Rs. 50,000/- through cheque to Jai Kumar.
During investigation, forest Guards Jagdeep and Sujit, businessman Jai Kumar and Pvt. Worker Ablu have been arrested and a total of 31 KGs of Meth Amphetamine have been recovered from Cinque Island and Port Blair. The Cheque paid by Sujit has also been recovered. Further, investigations are on for more recoveries and arrest.
The entire operation was conducted under the supervision of Sh. Jagdev Singh Yadav, DANIPS, Dy.SP (CID).
The Central Crime Station of CID unit, Andaman & Nicobar Police is committed to eradicate the menace of drugs and to enforce stern legal provisions against drug peddlers. General Public is requested to share any information related to drugs in the Islands to the following numbers: 233307, 232586, 100, & 9474290250 or by email at spcid.and@nic.in. The informer will be suitably rewarded and his/her identity will be kept secret.