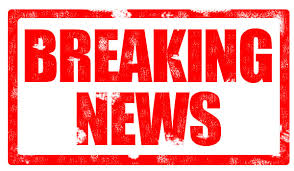 Port Blair, Apr 23: The Non-Gazetted Govt. Officers’ Association, Andaman and Nicobar Islands organised a Candle Light Demonstration today at Tiranga Park, Port Blair in support of the All India call by the Confederation of Central Govt. Employees & Workers, New Delhi demanding restoration of Old Pension Scheme by scrapping the National Pension System. The Candle Light demonstration was held all over the country to express the protest and anger of Central Govt. Employees on the negative attitude of NDA government on NPS issue and to build pressure on main political parties to support the demand of ‘Scrap NPS, Restore Old Pension Scheme’.

Speaking on the occasion, the General Secretary of the Association, Mr. T.S.Sreekumar informed the gathering about the struggles being conducted all over the country against the NPS. He also highlighted various improvements made by the government in NPS like increase in government contribution to 14%, providing gratuity to NPS employees, relaxing withdrawal conditions, etc. due to the continuous and prolonged struggles by the government employees under the leadership of Confederation.

Mr. P.Sathyapal, President of the Association while expressing gratitude towards the employees who participated in the programme, urged everyone to be united and organised in the fight for the implementation of Old Pension Scheme to all. Mr. S.L.Vinjit, Secretary, South Andaman Teachers’ Branch also spoke on the occasion.

A large number of government employees holding candles and shouting slogans participated in the programme expressing their protest against New Pension Scheme.