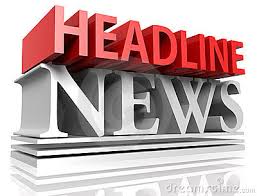 Port Blair, Apr 05: The third & final round training for the Presiding Officers and Polling Assistants of Port Blair Tehsil was held in the auditorium of DBRAIT here today. The Returning Officer, A&N Islands Parliamentary Constituency, Mr. Udit Prakash Rai addressed the officials and briefed them about their roles, duties and responsibilities on the day of Poll. He said all arrangements for the Polling on April 11 are complete. The EVMs meant for the Southern Group and North & Middle Andaman District have already been despatched by ship and kept in the identified/designated Strong Rooms. The EVMs meant for Swaraj Dweep, Shaheed Dweep and Strait Islands will be despatched in the morning hours of April 10. The distribution of EVMs to the Polling Parties of Ferrargunj Tehsil will start from Netaji Stadium at 9 AM and thereafter to Port Blair Tehsil from the same venue on April 10, 2019. Third randomization of polling parties will be held on April 8. One engineer each from ECIL will accompany the Sector Officers to take care of technical issues, if any, of EVMs on the day of polling for which team of engineers from ECIL are in town. Informing that GPS will be fitted on the vehicles meant for the Sector Officers’ as per the instruction of the ECI, the RO urged the Sector Officers to get their vehicles fitted with GPS.

The State Level Master Trainer, Mr. Mukesh Rajora briefed on the use of EVMs, VVPAT with a focus on connecting the devises and mock polls before the start of the actual polling.

Later, the Sector Officers interacted with Presiding Officers and Polling Assistants in small groups in different classrooms of DBRAIT and fine tuned the polling officials about the laid down procedures to be followed to conduct the poll on April 11, 2019. This was followed by a hands-on-training on the use of EVMs and VVPAT.